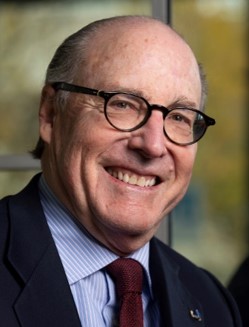 John de Zulueta was Chairman of the Círculo de Empresarios (Business Roundtable) from 2018-2021 and is currently Honorary Chairman and Chairman of the Healthcare Advisory Board of Madrid Open City. He is also a Board member of Linea Directa Aseguradora since 2015. He was CEO of the Sanitas Group (Bupa Group) from 1991 to 2005 and former Chairman of the same company from 2005 to 2009. Moreover, he was Chairman of USP Hospitales from 2010 to 2012. He was also a member of the Board of Directors of Bankinter from 2001-2015. Currently Vice-Chairman of the Bankinter Innovation Foundation and Trustee of the Gadea Ciencia, NTT and Caser Foundations. He is founding Chairman of the Sociedad de los 100 Bibliófilos, a Spanish bibliophile society. He is Managing Director of his own consulting company, Point Lobos, and Senior Advisor of Candesic, the British consulting firm. He has served on the Advisory Board of 3i Europe, the British private equity group. His business career began as a consultant with The Boston Consulting Group in the San Francisco office.

He has also been a member of the Special Commission to Study the Development of the Information Society in Spain (Ministry of Science and Technology). He was also a member of the jury of the prizes for best projects in the Spanish Autonomous Communities (Ministry of the Autonomous Communities).
He is author of the book “Buscando El Dorado:”(essays on business in Spain 1980-1996). He was a fortnightly columnist for over a decade in “El Mundo” and “Expansión” newspapers and “Capital” magazine.

Awards: His career and contribution to society have been recognized by H.M. the King of Spain in awarding him the Grand Cross of the Order of Civil Merit.

Education: B.A. in History from Stanford University (California) and M.B.A. with honors from Columbia Graduate School of Business (New York).

You can find out more about which cookies we are using or switch them off in settings.

This website uses cookies so that we can provide you with the best user experience possible. Cookie information is stored in your browser and performs functions such as recognising you when you return to our website and helping our team to understand which sections of the website you find most interesting and useful.

Strictly Necessary Cookie should be enabled at all times so that we can save your preferences for cookie settings.

If you disable this cookie, we will not be able to save your preferences. This means that every time you visit this website you will need to enable or disable cookies again.

This website uses Google Analytics to collect anonymous information such as the number of visitors to the site, and the most popular pages.

Please enable Strictly Necessary Cookies first so that we can save your preferences!